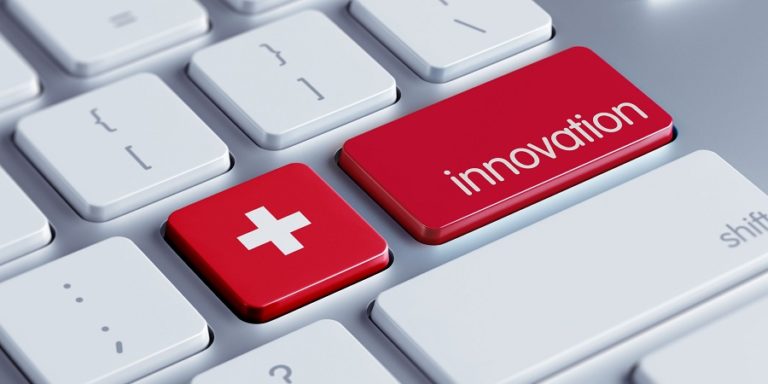 Rounding out a decade of leading innovation excellence, Switzerland has outflanked the rest of the world, ranking number one as the most innovative country since 2011 according to the Global Innovation Index.

The Swiss are at the forefront for cheese fondue, banking and beautiful snow scenes straight off a postcard. Yet it is their striking digitalisation and ingenious innovation that is generating a robust ecosystem, ripe for the minds of the future to take advantage of. But how does this moderately small country punch well above their size when it comes to innovation?

The Foresight in Investment

Switzerland’s emphasis on research and development (R&D) is legendary. According to the World Economic Forum, Switzerland has one of the highest rates of R&D expenditure in the world. The Swiss government invests heavily in research and innovation, and the country’s strong tradition of protecting intellectual property (IP) is credited with helping to foster innovation and building an ecosystem that is a hub of great technological minds.

Switzerland’s government has long been a champion of R&D and IP protection. In fact, the 1906 Federal Patent Law, which is still in effect today, was the first law of its kind in the world. The law encouraged Swiss companies to file patents and inventions, and made them eligible for government grants. Thanks to this strong foundation, Switzerland has one of the highest rates of patenting in the world.

Such research funding and platforms provided by the government helps to ease the startup turbulence in early years. The government further aids the startup process, aiming to reduce the bureaucracy that blocks startups elsewhere in Europe making Switzerland an innovative hub.

The Swiss economy is driven by technology and their high ranks on the innovation index are a reflection of its deep and broad technological base. Their focus on growing technology takes the form of global innovation hubs such as Crypto Valley. Their Crypto Valley hub, originating from Zug, is an international ecosystem, focusing on blockchain technologies. Switzerland’s technical expertise is also a result of its uniquely transparent and open business environment and the education that primes it.

The last pillar of Switzerland’s technological expertise and innovation excellence is its education system. Switzerland is home to some of the world’s most prestigious research universities, including the Swiss Federal Institute of Technology (ETH Zurich), the Zurich University of Applied Sciences (ZHAW), the University of Basel, and the University Basel. Switzerland’s high-quality education system produces highly specialised and highly educated talented graduates who are sought after by international companies for their skills.

All five of Switzerland’s universities teach in English, and many of them are among the top 100 universities in the world. Swiss universities are renowned for high-quality research, and Swiss students frequently rank among the world’s elite.

Swiss culture is based on a foundation that values creativity, individualism and equality; values the country shares with tech startups that value those three traits as well. Switzerland isn’t alone in valuing such traits. In fact, many countries do. What sets Switzerland apart is its willingness to cultivate this culture to develop a strong tech and startup scene.

Those values — creativity, individuality and equality — are fostered by the country’s education system and the emphasis placed on the development of IP by the government and other institutions, generating a thriving economy.

Located at the crossroads of Europe, Africa and Asia, Switzerland is also perfectly placed geographically to recruit top tech talent from across the globe. Touchpoint Resource has a solid knowledge base in this remarkably innovative country, with a large network in the tech space. If you’re interested in finding out how you can be as innovative as the Swiss, get in touch today!

Three ways the Great Resignation can help your tech career
The impact of the ‘Great Resignation’ on recruitment
Who are the most innovative companies in the world?
We act on behalf of some of the world’s leading Consultancies and eCommerce/Technology Companies around the world. Contact us and find out how Touchpoint can support you!
Get In Touch
© Touchpoint Resource Ltd 2021 | Website Design by DigiBubble
Back To Top