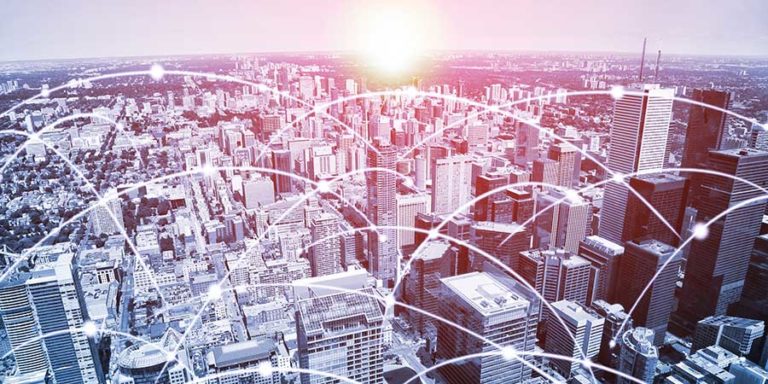 Labelled the Silicon Valley of the North, it is easy to see why the tech scene prowess of Toronto has been compared to its infamous Californian counterpart. According to a 2017 study, the city is headquarters to between 2,500 and 4,100 active startups in the financial capital of Canada, as well as numerous business incubators, attracting some of the brightest minds to come together in an innovation ecosystem of the world’s most incredible tech talent.

But how does Toronto differ?

Whilst labelled similar to The Bay Area in America, the tech scene of Toronto is like the little brother, going out on an unconventional limb. The Toronto tech scene is learning and evolving. With the second-highest density of startups in the world, the city is rolling with the punches, enjoying an exponential growth in arenas such as AI and virtual reality, alongside filling unexpected gaps in technological demands.

Toronto has been the birthplace and driving force of many household names, breeding success in the tech startup scene. The global pandemic revolutionised the tech world, with more people than ever staying at home, the digital need has peaked like never before: workplace collaboration tools, gaming, eCommerce and innovative ways to consider health care and education.

The jewel of them all in the Canadian crown is Shopify, the single leading global platform for eCommerce. It holds the title of Canada’s most valuable company to date – with the Royal Bank of Canada valuing it at a proud $140 billion. Starting its journey known as Jaded Pixel, and originally founded in Ottawa, Shopify has since grown its operations in Toronto, achieving awe-inspiring revenues of almost $3 billion in 2020.

Other notable successes on the scene include, but not limited to, Top Hat, a higher education app and end-to-end teaching platform; League which has digitised the Healthcare sector; and WealthSimple that provides an online investment management service targeted towards millennials simplifying banking and investing and has proved to be a true Unicorn with a $1 billion valuation.

These names, few among the many, show the success and potential of the Toronto startup scene.

Not only does Toronto produce and attract some of the most striking and leading minds in the country, but also calls itself home to almost every culture in the world, with over 180 languages and dialects spoken in the city alone. The open culture and skill-based immigration of the leading Canadian city generates opportunities for scaling startups, working today to create tomorrow’s tech leaders. There are hundreds of individuals who are dynamically changing the industries they are working in.

Companies in Toronto work hard to put diversity at the forefront, recognising the power and impact of the cultural and gender blend as one of the top global female entrepreneur cities. It encourages the brightest entrepreneurs to give it a go, with impressive results. Diversity-hiring is an increasingly important factor to executive boards. Touchpoint has worked with companies looking to redress diversity in senior leadership teams. It’s important to ensure that businesses achieve a higher level of creativity and innovation, as well as better employee engagement and retention; realising true employee diversity is a key component in achieving this.

Hiring for the Future

The tech startup and scaleup scene in Toronto is brimming with top talent. At Touchpoint, we have built up an excellent knowledge base and a large network in the Toronto tech space. The Toronto startup ecosystem, whilst thriving, is still young and we are here to help advise you on any matters highlighted in this article – please do get in touch!

Deep Learning AI Predicts COVID Curveballs
What technology trends in 2022 should you watch out for?
Hiring Technology Experts who can Grow Your Business in 2022
We act on behalf of some of the world’s leading Consultancies and eCommerce/Technology Companies around the world. Contact us and find out how Touchpoint can support you!
Get In Touch
© Touchpoint Resource Ltd 2023 | Website Design by DigiBubble
Back To Top